Classic game show “Let’s Make a Deal” hosted by Wayne Brady returned to filming for it’s fourth season last week. During the show’s hiatus break, HOLLYWOOD JUNKET talked to Brady about one of his new side projects very dear to his heart. 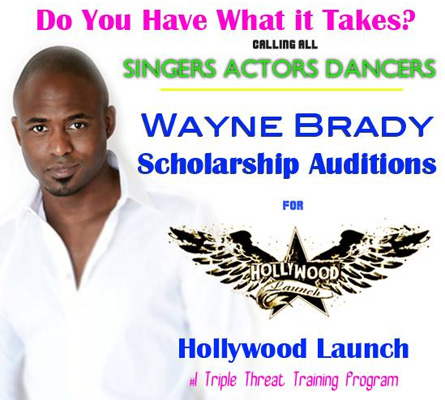 Wayne Brady and the “Top Triple Threat” Hollywood Launch program gave $30,000 in scholarships last month in search of the next triple threat super-star! Brady himself knows what it’s like to be a triple threat. His talents are: singing, dancing and a comedian (also, a killer host!). 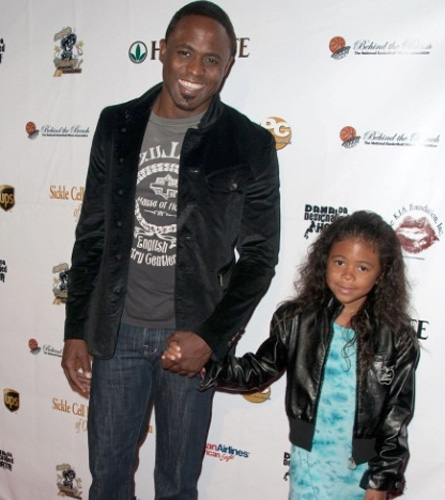 Brady said that he was inspired to support the program after his daughter, Miley, went through it. He said that he wished that there was something like this when he was young and starting-out. Brady also stated, “I was surprised at how professional the whole thing was. It’s really a training camp to send these kids out into the world fully equipped.” Best advice that Brady has is “don’t try to be famous. Be good first and the odds of you being famous are that much better”.

We also talked to the Hollywood Launch CEO Veda Burton and the Creative Director Jonathan George who explain how the program helps kids develop their talent. Burton said, “I don’t think you can be diva in your living room. No one’s going to knock on your door and audition you in your living room”. And, the key, according to George is to have a professional team around talented artists. 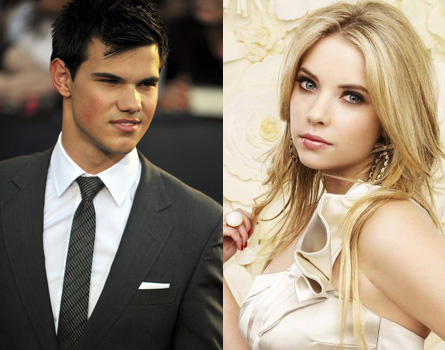 Some of the major names that have gone through the program includes: Brandon Smith (Disney), Taylor Lautner (The Twilight Saga), Ross Lynch (Austin and Alley), Ashley Benson (Pretty Little Liars). Some of their kids will also be competing on talent competition reality shows such as “The X Factor”, and “America’s Most Talented Kids”.

Toughest part for Brady on selected a kid he says is that it’s a kid and because he’s a Dad it is difficult. However, Brady said that it’s good training that “no” is a word that artists hear more than “yes”.

Not only is Brady returning to his hit game show “Let’s Make a Deal”, he had also come back to prime time improv television earlier last month with “Trust Us With Your Life” on ABC. Episodes can be seen on Hulu.com 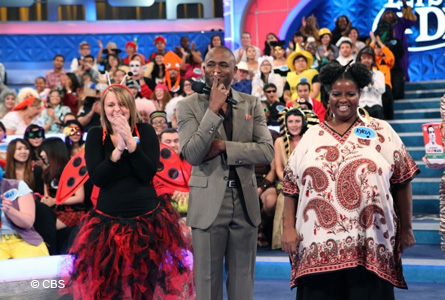 Wayne Brady (center) perplexed by the “Let’s Make a Deal” game of chance.

“Let’s Make a Deal” is shooting in Los Angeles and not Las Vegas as it did during the first season. Brady stated that “Vegas is not the place to be shooting a show”. We had to asked him if it’s better to switch for the curtain based on the famous “Monty Hall Problem“. His reaction was, “How would I know? It’s a game of chance. So you’re asking me to define a game of chance. If I give you a box and you have a curtain, whichever one you pick there could be something inside. You don’t know. Either on your way home you’re kicking yourself because you chose one or you’re going ‘whew’, it’s a good thing that I did this”.

Brady’s response to having heard of “The Monty Hall Problem (Paradox)”, was “Yes, I’ve heard about it. Obviously someone has a lot of time to be able to figure that out. My job is to be funny, give them a choice, and if they win something great and if they don’t it’s still good TV.”