SET NEWS REPORT! Spoiler Alert!
It’s been more than three years in the making for GSN’s revival of classic game show “The $25,000 Pyramid”. The first pilot re-invented the game show with a high-tech set “bringing the Pyramid into the 21st century” as stated by producer Michael Davies. The show was not picked-up at that time by a television network.

Then just two months ago, another pilot was filmed. This time for GSN what proved to be a very successful one. According to one crew member, the network picked the show up by the end of that same day of filming! More on the GSN “The Pyramid” pilot show here: https://hollywoodjunket.com/the-pyramid-classic-game-show-look-set-report-exclusive/

This modern version is titled “The Pyramid” and hosted by Mike Richards – former host of “Beauty and the Geek” and Executive Producer of “The Price is Right” and “Let’s Make a Deal”. 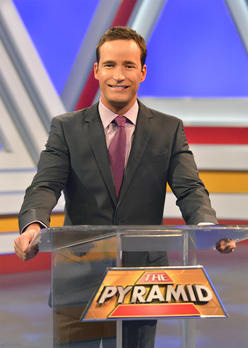 Filming has been taking place in Studio City over the course of several weeks. The format is a much needed welcome to the return of the traditional game show!

Host Mike Richards told audience members that “The Pyramid” is dedicated to his mentor and friend the late Dick Clark. Richards stated that Clark hand-picked him for hosting straight out of college. He finished by saying “let’s do this one for Dick Clark”. Richards does a fantastic job at hosting “The Pyramid”. He has a wittiness, charm and suave about him that is in fact reminiscent of Clark.

Celebrity players come onto “The Pyramid” to help contestants win money. On this Pyramid, the most a player can win is $50,000. They play two rounds of Pyramid that are worth $10,000 each. However, each round is broken into three separate games. If they play a perfect game, it’s worth $5000 per game. That’s an added $15,000 to their “Winner’s Circle” which is where contestants with the highest score by the end of the round go to play for money. If they get two perfect rounds, then they’re playing for $50,000. We didn’t see this happen to any of the contestants on the days we were there. Most contestants that actually won the Pyramid walked away with anywhere between $100 to $25,000. 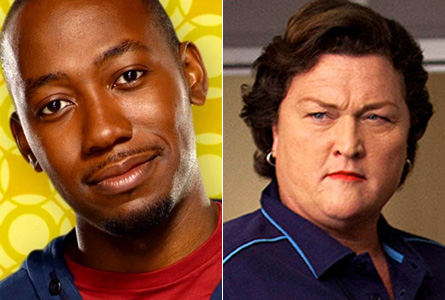 Celebrity players included: Dot-Marie Jones (Glee), and Lamorne Morris (New Girl) who played their games together; Oscar Nunez (The Office) who got visibly upset and annoyed when losing his games ; Yvette Nicole Brown (Community) playing with co-star Danny Pudi (Community); Brown returned from the pilot, as well as Chandra Wilson (Grey’s Anatomy) who played with Jai Rodriguez (Queer Eye, Malibu Country); Kate Flannery (The Office) with Jim O’Heir (Parks and Recreation); and Aida Turturro (The Sopranos) and her cousin Nicholas Turturro (Blue Bloods). As a side-note, by far the Turturros games were the worst ones in possible “The Pyramid” history! Richards warned audience members at the start of the day by saying “it’s going to be a wild day”. Indeed it was! 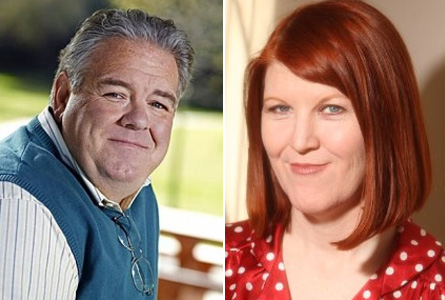 The Turturros games sank every contestant that they played with. The celebrity pairs on “The Pyramid” play for the whole shoot day. In most days, five episodes were filmed. That gives them five different contestants per celebrity that they play with. The worst of it came when Nick Turturro didn’t know what a preposition was. Richards states at the beginning of each “Winner’s Circle” round that the clues for the categories are to be made up of lists and no prepositions and no hand gestures are to be used. If any of those rules are broken, the contestant hears a buzzer sound that strikes the category out of the game. It also immediately guarantees them that they will not win the Pyramid jackpot – the total amount of money that they are playing for. 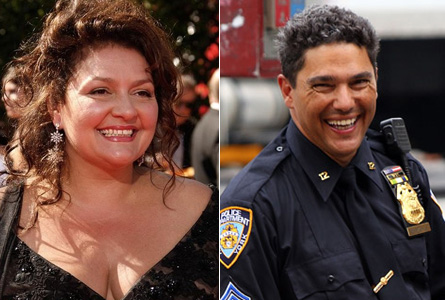 Well, Nick made that buzzer go off five times! Yes, out of a possible six chances! It went so poorly, that production halted for some time. Then, Richards came back out and said due to the “producers discretion”, they decided to give the contestant another chance at the “Winner’s Circle”. This time, the contestant gave the clues and Nick had to guess. At the end of the day, Nick wasn’t feeling too down about himself because he passed his phone number on to an attractive Cuban girl who was sitting in the audience!