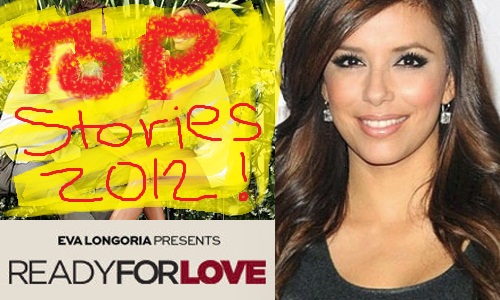 HOLLYWOOD JUNKET’s stand-out exclusive reports that we obtain monthly from the sets here in Hollywood from your favorite game shows and reality competition shows by our reporters is how we started. In celebration to another successful year and looking forward to future reports in 2013 and beyond, here are twelve of our favorite top set reports from 2012. Some can be appropriately called – the stories that got us into trouble this year. These set reports are listed from January 2012 to December 2012.

#1 Howard Stern on “America’s Got Talent” Set in Los Angeles: 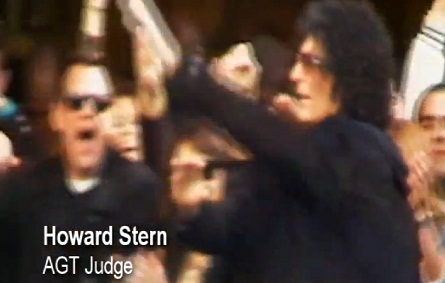 HOLLYWOOD JUNKET attended the first day of NBC talent competition show “America’s Got Talent” to capture video of judges and host arriving to the set of season seven and welcoming new judge Howard Stern on his first day on the job. Fans greeted the foursome as they strolled down the red carpet just outside The Orpheum theatre in down town Los Angeles..MORE here. 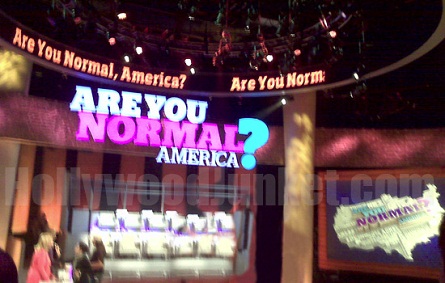 HOLLYWOOD JUNKET was on the set of Oprah Winfrey’s network game show “Are You Normal America” during the show’s filming of the first episode. In preparation, the day started out with one full show run-through with fake contestants, but real hosts Barry Poznick and Kim Coles. Poznick introduced himself to audience members by explaining that he is also the show’s producer. He said his past work included: “Family Game Night”, “Are You Smarter Than a Fifth Grader”, and “Lingo”. When he pitched the idea to Winfrey’s network, she said she’d do the show with only one condition..MORE here. 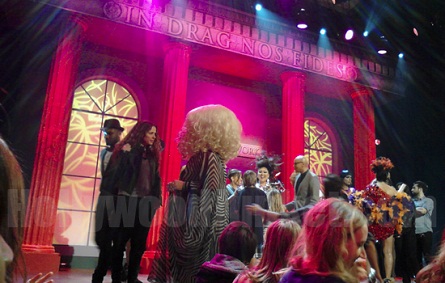 HOLLYWOOD JUNKET was on set during the first day of filming to get a sneak-peek at this season’s contestants during their “draguation ” ceremony. The fashion makeovers were done on a fire woman, a sheriff and a military soldier. These women who were in desperate need of extreme girliness were mentored by Drag U queens Raven, Shannel and Raja (from “Drag Race”). The celebrity Drag U professors who judged on the women’s performance during their oral “dragxamination” and lip-syncing portion as well as overall improvement were host of the show…MORE here. 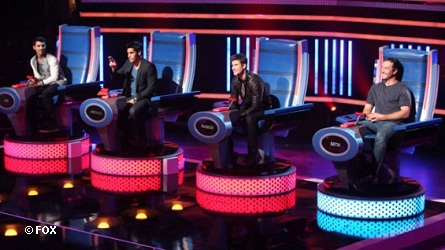 FOX is currently in production of a new dating show. Two years ago, the network was being sued over their development of a dating show called “My Parents Are Gonna Love You” by the Morabito Picture Company over copyright infringement. Now, FOX is back with a mixture of MTV’s “Singled Out”, NBC’s “The Voice”, and syndicated “Blind Date”. No official title has been released yet. The working title is “Star Date”. It’s being produced by A. Smith & Co. FOX is entering dating game show territory again involving celebrities…MORE here. 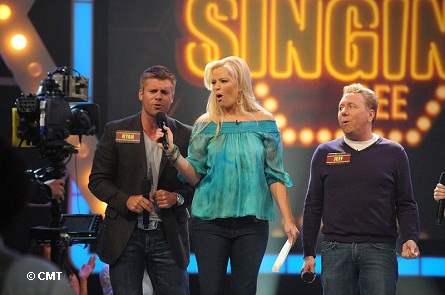 Nothing surprised “The Singing Bee” band and host as much as one particular male contestant whom forgot the words to a song during his “Chorus Showdown” challenge when he didn’t know the lyrics and dropped..MORE here. 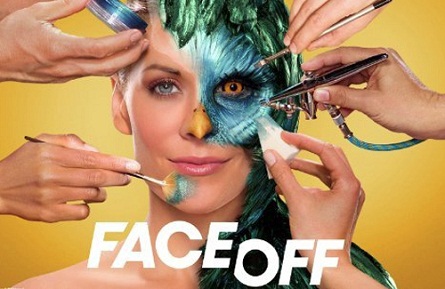 What viewers don’t know is that the show just recently finished filming the full third season, finale show and all with a surprise twist! For the first time in “Face Off” history, viewers will get to vote for this season’s winner! About 400 audience members arrived to an industrial warehouse that was turned into a temporary theater near downtown Los Angeles for the season three finale where the three finalists revealed their final two costumes each along with a stunt show. MORE here. 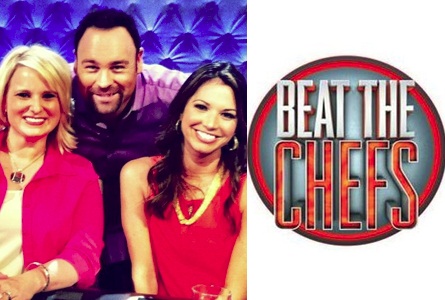 Hosted by Matthew Rogers (former “American Idol” contestant), “Beat the Chefs” has an upbeat and fun vibe to it. One that I have not experienced since another GSN game show, “Catch 21?. The stage of “Beat the Chefs” is divided into two separate portions. One is the homey kitchen where contestants wrangle their team of two to work with them to whip-up a dish that will hopefully prove to be more tasty to the three food expert judges than that of the team of three professional chefs! These chefs are…MORE here. 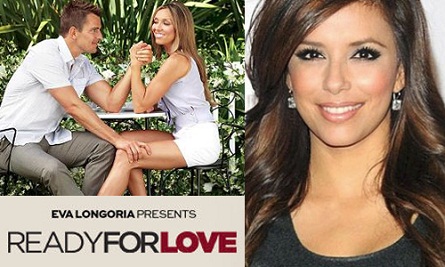 One attending audience member whom observed several days of filming described “Ready For Love” as a cross between “The Bachelor” and “Singled Out”. The bachelors – there are three, get to pick from a pool of 29 women on stage. They are: Ben Patton, and international financier from Dallas; Ernesto Arguello, an entrepreneur with a social vision for Miami; and Tim Lopez, a member of music group Plain White T’s from Santa Barbara, Ca. During a set visit to the taping of one show, the audience which is predominately…MORE here. 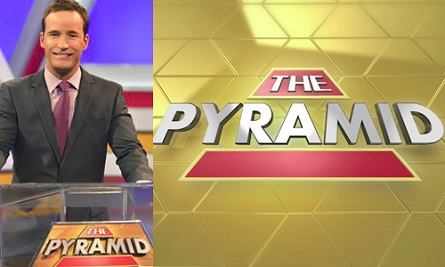 Filming has been taking place in Studio City over the course of several weeks. The format is a much needed welcome to the return of the traditional game show! Host Mike Richards told audience members that “The Pyramid” is dedicated to his mentor and friend the late Dick Clark. Richards stated that Clark hand-picked him for hosting straight out of college. He finished by saying “let’s do this one for Dick Clark”. Richards does a fantastic job at hosting “The Pyramid”. He has a wittiness, charm and suave about him that is in fact reminiscent of Clark.
Celebrity players come onto “The Pyramid” to help contestants win money. On this Pyramid, the most a player can win is…MORE here.

#10 “Take it All” Challenging America’s Morals: 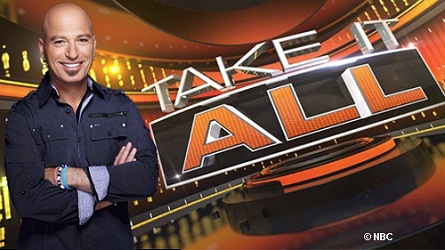 The game gets tricky at the end because it can ultimately reveal how greedy some people are. In the final round the last competitors have two choices; they can either A): keep what they have or B): take it all. Howie lets each of them choose an envelope that could contain up to $250,000. If both players choose keep it then they both keep their prizes that they won plus their envelope with cash in it. If one of them chooses “keep mine” and the other chooses “take it all” the one that chose take it all wins everything. If both contestants choose take it all they both lose and go home empty handed. MORE here. 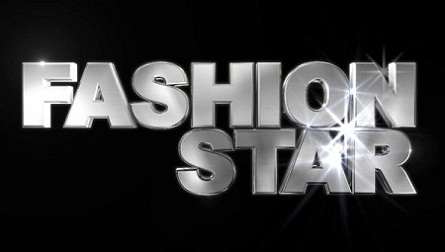 As NBC earlier announced, “Fashion Star” has a new host taking over from Sports Illustrated super model Elle MacPherson. The new girl is: Louise Roe, a well-known fashionista and host of The CW’s “Plain Jane”. What else is new? The…MORE here. 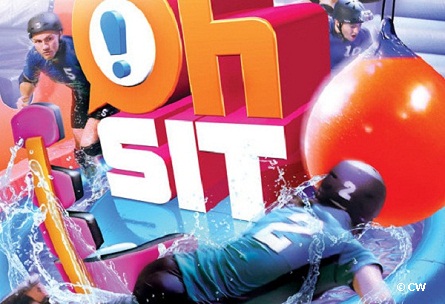 The first season of “Oh Sit” featured Jamie Kennedy and Jessie Cruickshank as hosts. This time around, the set was free of the two (a blessing) and only had Frank Nicotero as a commentator. It was said by the show’s audience warm-up host that Jamie and Jessie would be filming their dialogue off-stage in front of a green screen in which the action on the stage would be added later. That didn’t keep Jamie from stopping by to say “hi” to the audience…MORE here.