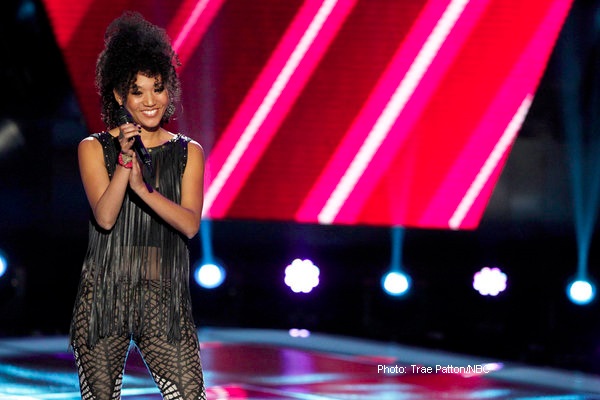 “The Voice” premiered in its fourth season on NBC and was successful in pitting celebrity coaches against each other. New coaches Usher and Shakira soon got the hang of how negotiations and sweet-talking contestants works. The opening episode saw some really heavy, hard-hitting talent. From a young man with a Johnny Cash flare, to double talented sisters, and topping-off with an incredible performance by a former Michael Jackson back-up singer. 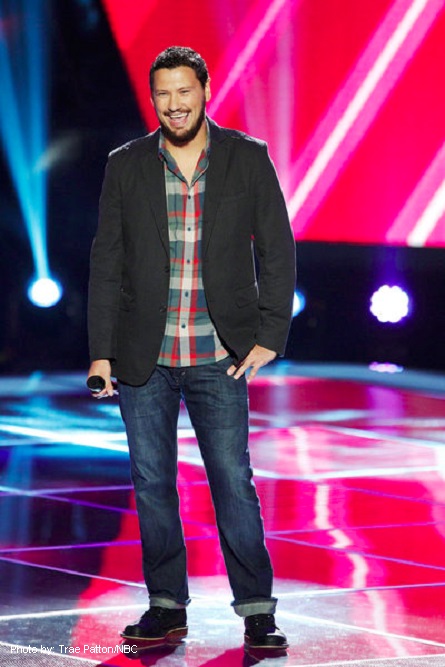 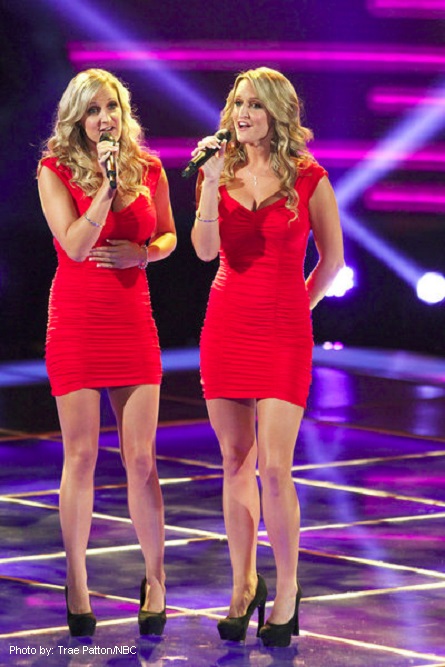 One set of twin sisters “The Morgan Twins” made Blake Shelton very gitty upon turning his chair around. Usher then reminded him that wife Miranda Lambert wouldn’t be too thrilled about hearing Shelton coaching two young, attractive, blonde female contestants. 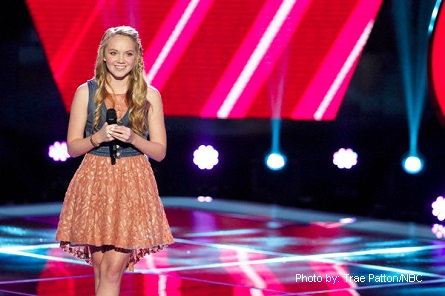 The next contestant won over after being fought over by the coaches was sixteen-year-old country singer Danielle Bradbery. Blake yelled at Adam to turn his chair back around when young Bradbery from Cypress Texas came out to perform. After Bradbery said she lives in Cypress, Texas, Adam said that Blake “lives near Texas, but not in Texas.”

In her deciding moment, Bradbery said in her country twang accent, “First of all – you’all are all amazing. I think my heart goes out to Blake.” After Bradbury exited the stage, Blake did a touch-down dance in front Usher. During Usher’s Bradbury negotiation, he called Nashville a state. “Sometimes your mouth is moving faster than your brain, and you’ve got to slow it down” Usher explained the mix-up. 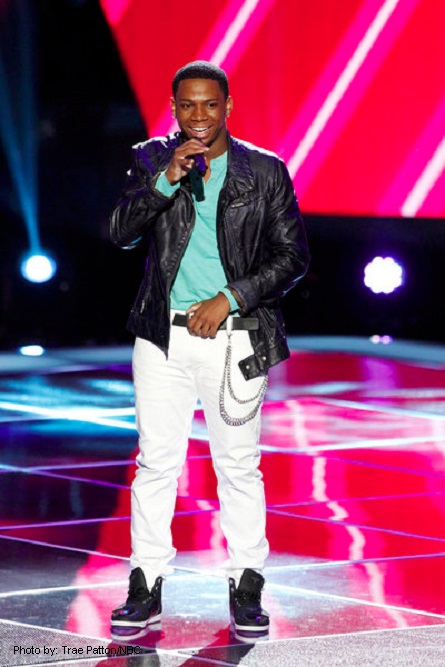 Contestant Vedo sang “Boyfriend” song by Justin Bieber. Usher turned around first. Shakira said “I was going to turn my chair, but let’s face it, Usher is your man!” Vedo said that his mom, who is suffering from cancer, inspires him. Adam said he didn’t want to turn his chair to hear Usher say, “After all, I discovered the child” (Bieber). 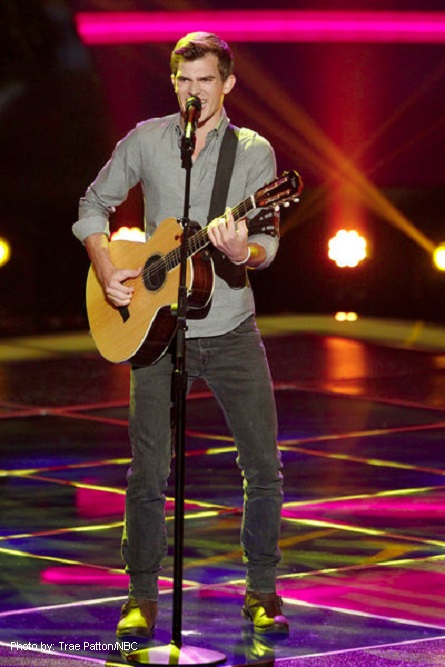 Christian Porter, a bar musician said he wanted to be on The Voice because “it’s going to make me a better musician with the coaches and the things that I need to learn.” He sang his own unusual and unique style with “sexy and you know it”. Blake responded to Porter, “I’m a fan. I’d love to have a chance to work with you.” Shakira said “That was SEXY!” Shakira was captivated. Audience yelled “Shakira” and Blake yelled to the crowd “you stop that right now!” Porter said, “I’ve got to go with my gut. I’ve got to take Blake.” 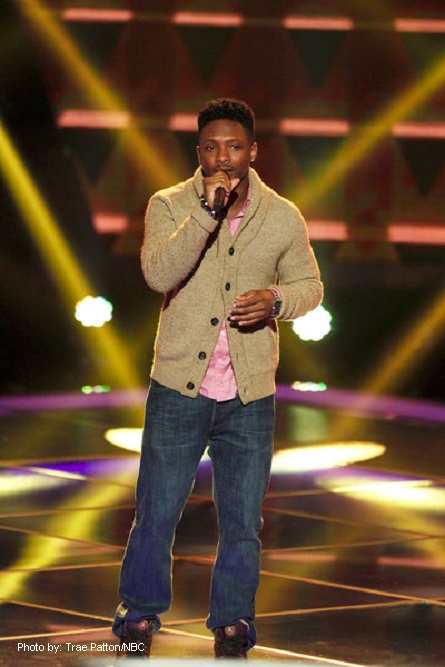 After Kris Thomas performed, the coaches were surprised that the face didn’t match-up to the voice. Adam said, “I wish I had known you were a guy…a man just got on that stage and just killed that song – a Whitney Houston song!” Usher noted that Shakira, who was the first one to turn her chair, “She intentionally didn’t react,” Usher pointed-out when this woman sounding singer ended-up being a man. Shakira explained, “I have to keep it under control because you all turn and make my life miserable.” During a conference call with reporters, Kris stated that the reason why he selected to audition for “The Voice” and not “American Idol” is because “the coaches don’t know what you look like. It’ purely based on your talent.”

Some advice from Adam for a contestant that didn’t have a coach pick him was, “when you’re singing up here there’s this entire story you have to tell in a short amount of time. You were a little subdued.” Shakira told the singer, “you should try again because you deserve to come back.” 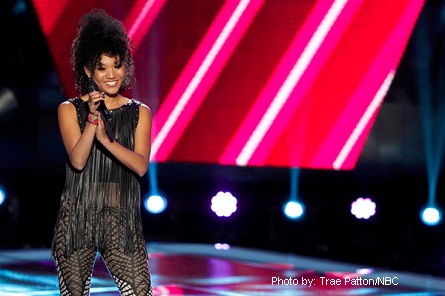 The final contestant of the night was impressive and stole the show. Judith Hill, a singer from Pasadena, Ca who records in her parents’ studio, got the chance to sing with Michael Jackson before he passed away. Her father is a funk bass player and both her parents have played with Chaka Khan. Judith wrote her first song at four years old. Her father said “she was born to sing.” Judith got called to sing background in Michael Jackson’s “This is it” tour.

Within the first few seconds of singing on “The Voice” blind auditions, Usher and Adam turned their chairs. Once her song “What a Girl Wants” by Christina Aguilera was over, the coaches clawing each other to obtain her on their team began! “I am going to light myself on fire to make sure..” Adam said. “Not only will you win the voice, you will win the world” Usher’s rebuttal.. Then Adam stated, “I’m running for president right now.” Usher argued,”I”m going for the First Lady.” Blake jumped-in, “I want to be the guy that’s clearing paths and pushing down walls,” he said for her career. Shakira said, “I feel like I’m in front of a star …no matter who you chose, you will make it. I know if I help you, you will win the voice.” Judith replied, “this is intense…I’m going to go with Team Adam”. After wining the battle, Adam said, “She’ s going to be a Grammy winning super star and she’s on my team. I can go home now!”

During a conference call the morning after the Judith’s “The Voice” episode aired, Judith said she looks forward to working with Adam because she is more of a “soul singer.” In respect to working with Michael Jackson, she stated that after he passed, she did a bunch of song-writing and worked on her sound. “The last few years have been primarily that and singing back up. It was a sensitive time. I was in a place where I was overwhelmed. I need to go through my journey. I had a lot of work to do,” said Judith. She also stated that she “didn’t want to come out and capitalize on it. The time I took away gave me time to figure out who I am as an artist. I love the show because it allows you to do covers.” Judith also said in working with Adam, she thinks he is “a great Pop guy and expects him to give her pointers and tips on how to stay relevant and to appeal to a younger audience.”

Watch “The Voice” on Mondays and Tuesdays at 8pm PT on NBC.