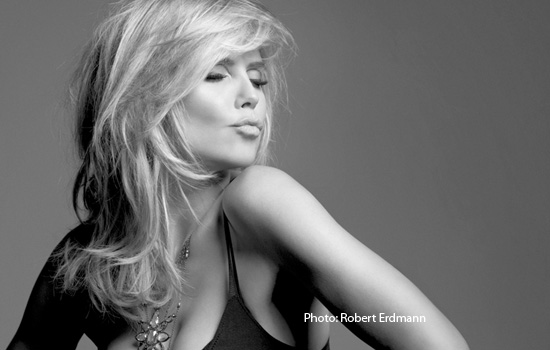 In an interview conducted by Lifetime, host and executive producer of the show, Heidi Klum gives us a sneak-peek into the challenges this season.

In this season, Klum fulfills a dream of hers of having a street fashion show. “My dream was alwasy to bring the show out on the street so fans could stop by and watch the fashion show. I’ve been nagging on about it for many seasons and this season I finally got the yea”, said Klum.

The first episode takes place in Times Square where the designers had to make two outfits. Klum said, “One outfit they had to do at home to showcase who they are as a designer and when we gave them a choice when they came to New York City where they had to make a second look and then we showed that”. The designers came out to a big stage in Time Square surrounded by hundreds of fan on-lookers! Klum said the designers were very nervous.

One interesting challenge this season is one where the designers had to make clothes out of candy. Klum said, “We actually went to Ralph Lauren’s daughter’s store (Dylan Candy Store) and they loved it!”

One thing that we haven’t seen on “Project Runway” yet is a kids line. Klum hints that, that may change!

“There will definitely be something something like that incorporated in this tenth season. I know that some designers have gone into baby clothes. I think Seth Aaron actually did or Jeffrey Sebelia, very punk, a little bit more rock and roll”, said Klum.

A possible challenge of designing baby clothing on “Project Runway” wasn’t the thing that put more than one contestant over the edge. Klum explains that this season, viewers will see a show first when not one, but two designers walk off of the show!

Klum explained, “This has never happened to us before. I think they just couldn’t make it work…and in the morning they were gone. They literally packed up their bags and ran off in the middle of the night when everyone was sleeping. We just couldn’t believe it either.” Klum continued by saying “You would think that a grownup would say, ‘Thanks, but I can’t make it work…this is something that a kid would do, but we were all very surprised”.

Some guest judges joining Klum, Tim Gunn, and Nina Garcia at their side this season will be: Patricia Field – a stylist well known for her work in “Sex in the City”, “The Devil Wears Prada”; Lauren Graham (Gilmore Girls, Parenthood), Hayden Panettiere (Heroes), and Krysten Ritter (Confessions of a Shopaholic) were the only guest judges that Klum was allowed to giveaway.