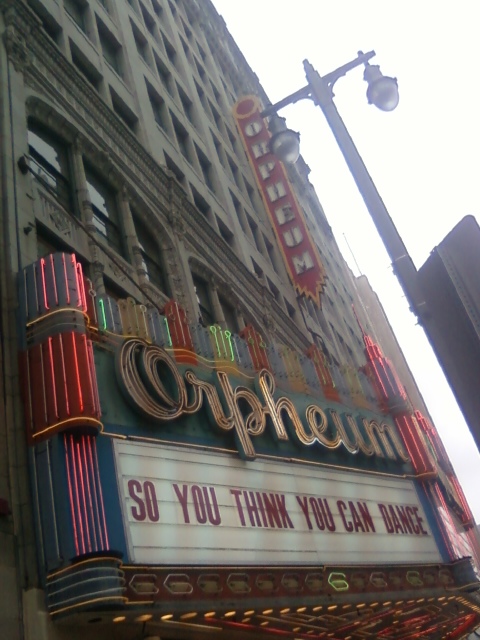 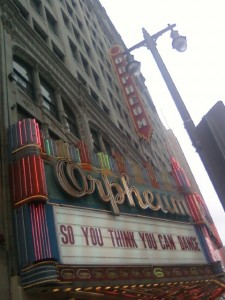 Our reporter and host, Jules Sanchez, was there in the trenches for this exclusive report. With this casting-call marks the official beginning of the show’s eighth season. Dancers were lined-up on the sidewalk on Broadway Blvd. outside of the Orpheum theater as they prepared their routines.

The lucky first ones in line was a small group of young dancers from Hawaii, San Diego, and Petaluma. The group consisted of a brother and sister and two of their friends. They said that they arrived and camped-out at 11pm two nights before the big day!

Host of the show, Cat Deeley entertained the crowd by picking-up some dance moves from the pros in line, and co-executive producer from the UK Jeff Thacker was also outside to answer questions from the press.

Thacker stated that this season will have a new top 20 along with new choreographers. “The heart of the show is dealing with the human side”, said Thacker. When asked what was his most memorable moment of the show, he said that it was the season when a contestant tried a suicide drop for the first time and broke his nose and teeth”.

The auditions for SYTYCD consists of the contestants choosing their dance style on day one. Then, on day two they go through the choreography.

Fans will be happy to know that celebrity professional dancer and judge, Mary Murphy will return this season, back after a health scare.

The Los Angeles open-call was the last stop in the show’s casting tour. Season 8 of “So You Can Dance” will air a two-hour premiere on Thursday, May 26th 8 /7 c.