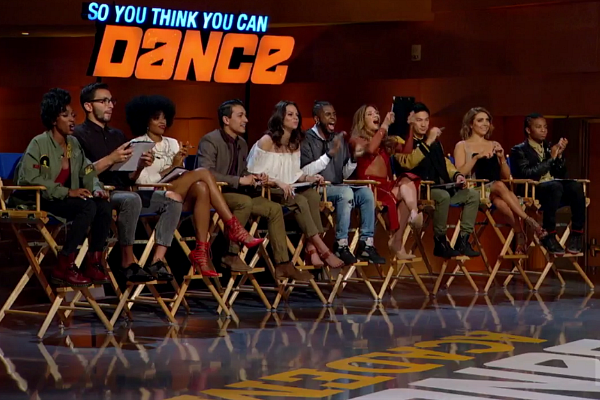 The “So You Think You Can Dance” top one hundred dancers were brought to Hollywood for The Academy which marks the next phase they will have to complete in order to move on to the live shows.

At the Academy, dancers are put to the test by learning choreography in Hip-Hop by NappyTabs, contemporary from Travis Wall, ballroom by Dimitry & Jenya, and Jazz from Sonya Tayeh. The judging falls into the hands of ten returning contestants who are All-Stars. Their objectives are to build teams of four dancers each. From those four, only one dancer will accompany them onto the live shows to perform each week where ultimately, only one dancer will be voted America’s Favorite Dancer.

At the Academy, dancers must dance a solo for the All-Stars. If they get a majority vote, they move onto the first choreography round of Hip-Hop with NappyTabs. Dancers who don’t get enough votes with their solos, get sent home. 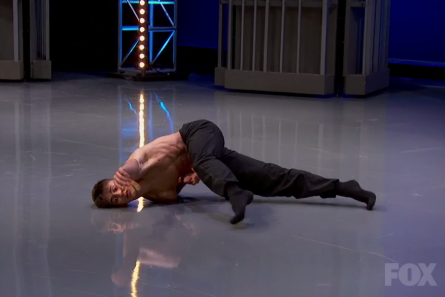 Logan Hernandaz was the first solo. He had his own contemporary mixed with a little bit of breakin’ moves during his audition in N.Y. The first round of dancers to get in front of the All-Stars got into a line to hear their fate after their auditions. It was a “no” for Tristen who had auditioned with Jensen (sister of Lindsay Arnold from season 9 of SYTYCD and currently on DWTS). She made it through along with hip-hop dancer Robert Green, and Logan Hernandez. 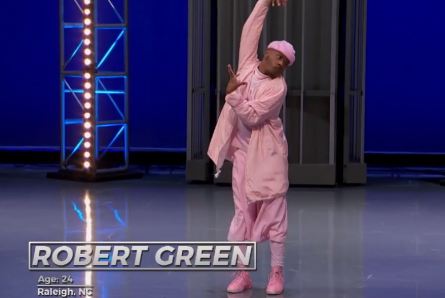 When Lex Ishimoto auditioned for the All-Stars, Allison was blown-away. She reacted, “there is something so special about him. He’s such an amazing mover.” Next were ballroom dance partners Kristina and Vasily. In the second line, all three dancers – Lex, Kristina and Vasily moved-on.

Ryan Bailey told Cat Deeley that half of his audition for the All Stars was choreographed and the other half is free-style. Ryan did not move on. 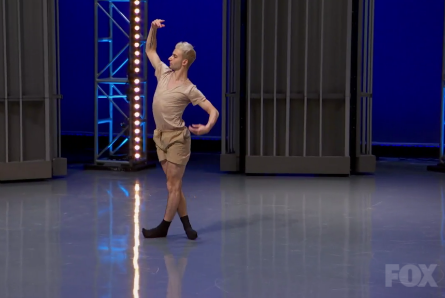 Romainson Romain, who had previously auditioned for SYTYCD in the past, did not move on. Comfort told him that she fell in love with his personality. Seventy-one dancers survived the cuts that included Dassy, and Kaylee Millis. 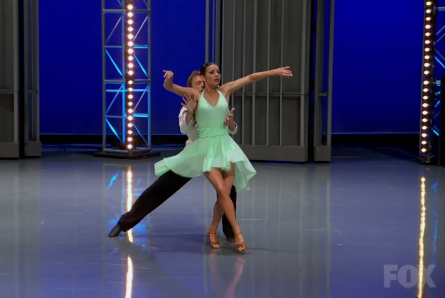 After the round of hip-hop choreography with Emmy-winning NappyTabs, the dancers were sent back in front of the All-Stars who would be starting to pick their teams. The dancers were partnered-up for this. Kaylee was partnered with Robert Green The All-Stars seemed impressed. But, they would have to watch all of the performances before making any decisions.

All-Star Cyrus said he’s looking for passion. Krumper dancer Kevin Davis Jr. was the first dancer that the All-Stars battled over. Comfort, Cyrus, Fik-Shun, Jasmine, Allison all fought for him. He reacted that he doesn’t know a lot of styles and wants to be wise about his decision. He chose Allison.

Contemporary dancer Darius Hickman was next. Unfortunately, he was sent home. Robert Roldan said it’s not about who has the best tricks, or skills. It’s if he feels “affected”. Hip-hop dancer Dassy Lee was next. She moved to America to be on SYTYCD. Cyrus and Fik-Shun both wanted her on their teams. Fik-Shun argued that he could elevate her and work well together. She went with Fik-Shun. Fik-SHun said Dassy fits well with his style and together they can do some “dope stuff”.

Contemporary All-Stars Robert and Allison, along with Ballroom All-Star Jenna, all wanted Logan Hernandez on their teams. Robert told Logan that he’s like an alien from a different planet because he was so impressive with his complex moves. Jenna said she wants him as her partner on the show. Robert told him he’s in the competition not to win, but to change someones life. Logan went with Allison.

As most of the All-Stars were starting to fill spots on their teams, Robert struggled to build his. Kaylee chose Cyrus over Robert. Lex chose Gaby over Robert. Sydney chose Paul over Robert.

Hip-hop dancer Mark Villaver and Koine Iwasaki were paired together in the Hip-Hop round. Comfort and Allison fought over Mark. He chose Comfort. Koine was chosen for Marko’s team. Robert Green was selected for Jasmine’s team.

The ones that didn’t make it were: Sade Austin, Jason Kidd, among other talented dancers. Although ballroom dancer Kiki Nyemchek botched the hip-hip choreography round, Jenna surprised him by putting him on her team as long as he promises to never give-up again. She later said he’s the best ballroom dancer to ever audition on SYTYCD.

“So You Think You Can Dance” airs Mondays, 8 pm PT on FOX.