On January 7th, the tables will turn when host, Carnie Wilson will be in the contestant hot-seat with her hubby, Rob Bonfiglio, while original host of “The Newlywed Game”, Bob Eubanks will host this special celebrity edition on GSN. 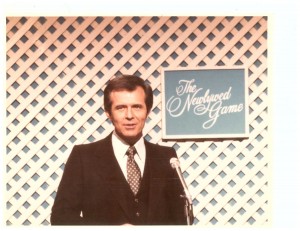 GSN announced that when Eubanks re-takes “The Newlywed Game” podium it will not only be a memorable event for long-time fans of the show, but also a historical one. Eubanks will become the first game show host in television history to have hosted the same game show in five different decades! I , for one, was a watcher during his 1985-1988 reign!

GSN will take a closer look at “The Newlywed Game” show’s current host, when it premieres a new reality show centered around, Carnie Wilson, titled, “Carnie Wilsion: Unstabled”. The show will take viewers inside the candid and private life of host, and singer, Wilson and how she juggles her careers with family life. 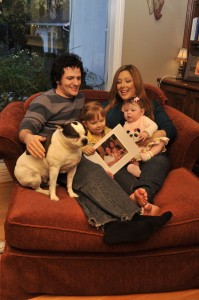 Perhaps, some footage of behind-the-scenes of “The Newlywed Game” can be expected as part of this reality show?