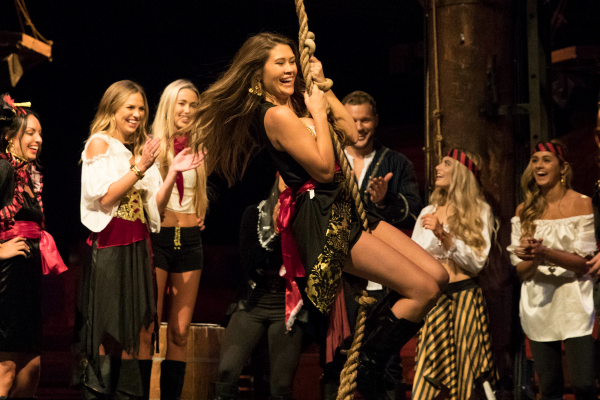 This week on “The Bachelor” Colton Underwood went on two group dates and one, one-on-one date. The ladies continued to step-up their competitive edge as they participated in physcial challenges to try to impress Colton and win more time with him.

The women who joined Colton on the first group date of the week were: Hannah B., Courtney, Kirpa, Demi, Caelynn, Katie, Heather, and Tracy. Hannah B. dreaded being on the group date with her nemesis from her pageantry days, Caelynn. 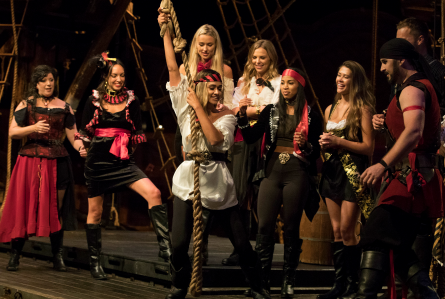 Their date with Colton took place at the “Pirates Dinner Adventure” show and restaurant in Buena Park, Ca. When the women arrived, they witnessed Colton on stage as he told his pirate story. The heads of the restaurant/show, Chris and Cindy told the women about their challenge. The two best women pirates would be chosen to “compete for Colton’s heart.”

Caelynn and Tracy were the two best pirate women chosen to compete for Colton. First, they had to compete against each other. Caelynn succeeded in knocking-out Tracy then untied, or “saved” Colton. Apparently Hannah B. was feeling insecure and upset that her pagent foe Caelynn won this challenge and stated that she planned to tell Colton about the “real” Caelynn.

During dinner time, the women further competed for Colton’s attention. The bickering between Tracy and Demi continued this week. Demi said she felt “sorry” for Tracy because she’s an older women among all of the young ladies there.

Colton spent some alone time with Caelynn. He said when he’s with her, he lets his guard down, and she continues to be the girl that he’s looking for. In the meantime, Hannah B. was planning a way of telling Colton “the truth” about Caelynn, and used her alone time with Colton to do this.

She told him about her time with Caelynn during the Miss America pagent. Colton asked what should he know. Without stating exactly, Hannah B. implied that Caelynn is “mean” and “fake.”

When Colton confronted Caelynn, she confirmed that her and Hannah B. used to be friends, however she looks at competition differently. Caelynn added that there is some really emotional, personal stuff she plans to tell Colton in time. Colton reacted by giving Caelynn the group date rose.

Elyse’s name was on the One-on-One date card which also read, “love is in the air.” Cassie was freaking-out, worried that she may not get a date this week.

Colton and Elyse arrived via helicopter to San Diego at Belmont Park, the oceanfront amusement park which they had all to themselves, empty of other vistors. Colton announced that “it’s a group date!” Then a group of children ran out to join them. This gave Elyse a good look at what Colton’s daliy life is like with his cystic fibrosis chairity where he works to help sick children. 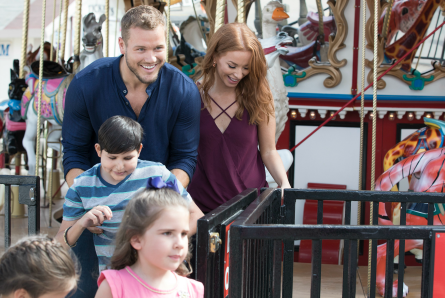 Elyse was worried about her and Colton’s age difference. She told Colton that she was aprehensive because of it. However, his actions were unlike other men his age. Elyse told Colton the story about her sister having cancer while being pregnant. Unfortunately, her sister passed-away. This put things into a new perspective for her.

Back at the house: The second group date card arrived. The names on the card were: Tayshia, Nina, Catherine, Sydney, Onyeka, Cassie, Nicole, Caitlin. The card also read: “For every strong man, there’s an even stronger woman.” Hannah G. was disappointed that she didn’t get a date this week.

Back to Colton & Elyse: Colton gave Elyse the date rose during dinner. Then Colton told her there’s one more surprise. That was a Tenille Arts concert where the two of them danced in front of a crowd. Elyse called it “epic” and one of the best dates she’s ever had, and she may be falling in love. Colton said he had one of the best times and didn’t want their date to end.

Celebrity actor Terry Crews and his wife Rebecca Crews who told the women that they’ve been married for 29 years, welcomed the women on the group date to a challenge. Rebecca Crews stated, “marriage is hard. Life is hard” and they’re there to help Colton find his strong woman. The women each participated in physical activities to show-off their fitness abilities (or not for some). The ladies’ last physical challenge ended-up being a set of three obstacles in front of a crowd. It was called the “Bachelor Strongest Woman Competition.” Only three women would make it to the final event. One of them would covet the title. Fred Wilard joined host Chris Harrison as the event’s commentators. 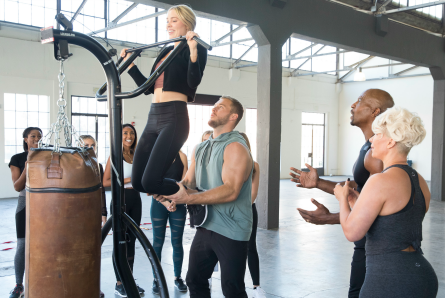 The series of challenges were “cake push”, “ring flip” (flipping a tire), “limo pull”, and “heavy heart” carry. The final three women were Onyeka, Catherine, and Caitlin. Onyeka won the final challenge to beat the other two women. Thus, winning the competition and the title of “Bachelor Strongest Woman.” As her and Colton road off in the limo which was drug by the losing women, he gave Onyeka a peck on the lips,then her cheek. This is not a good sign. Perhaps she is slowly leaning into the friend zone. 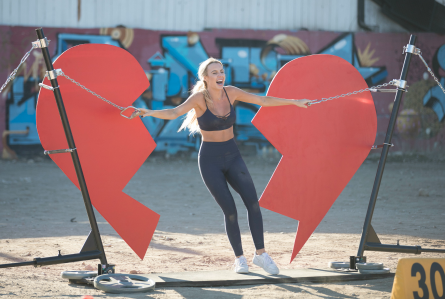 Colton told the women during the after party that he’s looking for a strong, confident woman and has a lot of those in his life. Nicole assured Colton that she’s there for “the right reasons.” Colton thought Nicole is “a sweet heart” and genuine and authentic. Colton said the connection with Onyeka “never feels forced.” Cassie and Colton have a natural chemistry. He said his relationship with Caitlin is “behind the other” women. Caitlin struggled to open-up with Colton. Then, she flat-out told him that her life has been good so far. Colton seemed unfulfilled (and bored) by this. He straight-out told Caitlin that he “didn’t feel it” with her. Unfortunately, there was “no spark” and he told her she’s not for him. Colton proceeded to walk her out as she was sent home.

Host Chris Harrison announced to the ladies that there would be no cocktail party, but a pool party instead.

Colton said he had some conversations that made him question his instincts and hope to get some clarity at the pool party. During alone time with Hannah G. he said he’s confident with their chemistry and she’s “for sure.” As in she’s one of his for sure picks.

During her alone time with with Colton at the pool party, Caelynn elaborated on the competitive drama between her and Hannah B. Colton responded that it does concern him and he’ll try to process everything. He said he likes Hannah B. a lot. But wants to get clarity as he proceeded to talk to Hannah B. He told her he’s not looking for someone “deciteful, manipulative and toxic.” Hannah B. denied it and said Caelynn is not showing all of who she is. She told Colton that he will never see the full Caelynn of how she really is if she makes it to the end. Colton responded that he doesn’t know who to believe. He spent some time alone with production to sort it all out. The rest of the women were dissapointed by Colton’s disappearance, as some of them didn’t get to spend time with him.

Nicole, Elyse, and Caelynn all had roses from their previous dates. Colton stated that “if you don’t receive a rose, it’s not that you’re not incredible.” The first rose went to Hannah G., then …. Tayshia, Katie, Cassie, Kirpa, Sydney, Demi, Tracy, Courtney, Heather, Onyeka, and Hannah B. 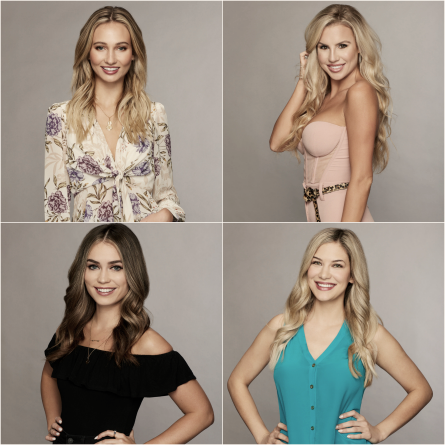 Next Week: The dates continue in Singapore. In the preview teaser, Colton is seen bungee jumping, then kissing Tayshia. Drama erupts between Demi and Courtney, who are the same age apparently. Also, more pageant drama catiness continues between Caelynn and Hannah B.