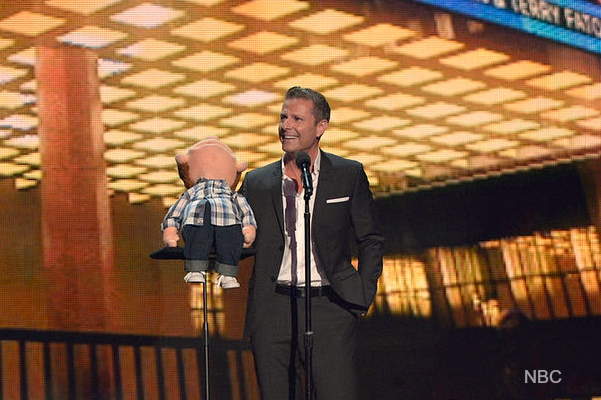 “If you get it right, you’re limited by your imagination.” – Paul Zerdin

“America’s Got Talent” celebrated it’s ten year anniversary this year and crowned it’s season 10 winner earlier this week. Winning over the majority of America’s votes, by a narrow 1% vote revealed by host Nick Cannon was ventriloquist Paul Zerdin. Zerdin is the second ventriloquist to win the competition. The first being Terry Fator who won the show’s second season. 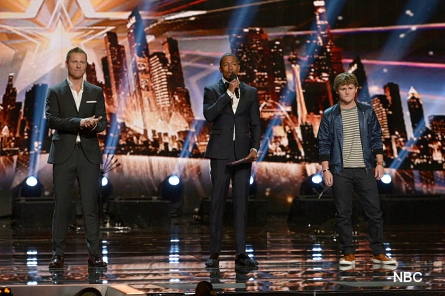 Before the final votes were announced, it was down to Paul Zerdin and Drew Lynch, a comedian with a speech impediment. During a press conference, Paul said he thought that Drew would win it. “He’s an amazing comedian and great personality,” said Paul. “I was preparing what I would say to him before I was getting off the stage. When they said my name, my heart skipped a beat.” He said he still feels euphoric about it when someone asks him about winning.

Winning “America’s Got Talent” also means Paul wins $1 million and a head-line show at Planet Hollywood in Las Vegas from October 23-25, 2015. But winning a headline show in Las Vegas is only the beginning. Paul has plans for television that include a sitcom and reality show. He said his routines were inspired by comedy and American comedians such as Jerry” Seinfeld, Robin Williams, as well as Jim Henson’s The Muppets. He said if he hadn’t grown up to be an ventriloquist, then perhaps he’d be a radio presenter, which happens to be one of his former careers.

People who visit Las Vegas, and decide on seeing a show, what will drive them to go see Paul Zerdin over another well established AGT winner, Terry Fator? And, what if they’ve never seen Paul perform on AGT?

Paul stated, “we are totally different. If you see Terry, you’d love it. If you see my show, you’d also love it.” As a show-man, Paul stated, “if you’re not entertaining, you’re just a man standing on stage talking to yourself and that’s a bit weird.” The audience of his shows are also participants (only if they want to be). He expressed that he’s a stand-up comedy routine much like a sitcom. “There’s more of a reason. There’s something you can relate to,” he said like the old man character seen in his AGT finale act.

NO TWO SHOWS ARE EVER THE SAME:

Another reason to see Paul Zerdin in Vegas? “No show’s ever the same” he stated. The reason is because he uses the audience in the show. “It’s always different, and I can ad lib” he said. He also said the more that he works and does shows, the fresher the material is.

Now he’s no longer on a family variety show each week, will he make the show a bit more adult rated? He answered that his contract with AGT also extends to the Las Vegas show. That means audiences will still be able to have their kids watch the show along with them. He did express that “It might be slightly cheekier.” There where many things he couldn’t do on AGT he revealed.

WHY NOT BRITAIN’S GOT TALENT?

Paul said he’s been lucky to perform all of the world, “but no gig has been as big as Radio City” he stated. He said even at his level of performer which is very “polished” he still found himself getting nervous and “gibberish” before going out onto the Radio City stage each week. “I try and channel the nervous energy…you’re very limited with time and you have to try to make an impact on live television. To try to do that in two minutes is quite hard. I somehow tried to channel it into positive energy,” he said.

The added stresses of performing for a well-produced variety show such as AGT, also comes other challenges such as keeping up stamina. Paul talked a little bit about some some behind-the-scenes moments on the show. Paul said he was allowed to have some creative input on the skits that were filmed for the show, one of his ideas as when his puppets were at a restaurant having a food fight. Paul said by the time you get on stage for the live performance, you’re exhausted. 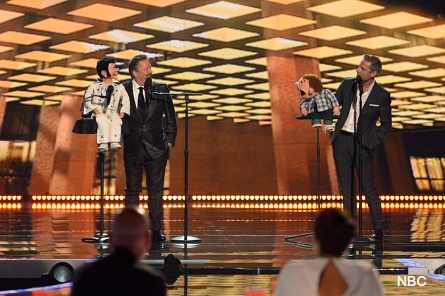 Even if Paul Zerdin had not won “America’s Got Talent” he still experienced a winning moment when he performed in the finale show with season two winner Terry Fator. Paul reacted, “to perform with him before the results began, I had to pinch myself before I went on. To know that I have his seal of approval was such a big deal for me.” He stated, “now I’m lucky enough to count Terry as a friend.”

Paul told reporters that the advice he received from Fator was, “to enjoy the whole thing and don’t rush into anything because you’ll get lots of offers.”

As a member of the Magic Circle in the UK and likes to think that magic is connected to ventriloquism because he’s creating an illusion. “The character is coming to life and making the audience believe in it,” he said.

Paul said when he visited Las Vegas, he went to as many shows as he could. But was taken by the overall grandness of the city. He said it’s something that you can’t really describe to people and “tell them that they just have to to there.”

He’s very excited that people will be able to see his full show at Planet Hollywood in Las Vegas and to say that “I’m headlining in Vegas is a dream come true,” Paul added. He gave audiences a bit of a montage of that during his final performance on AGT in the finale episode.

He explained, “I wanted to show a little bit of everything that I do, comedy, etc…I wanted to cram it all into one routine to show everyone a bit of what I do.” He said the older man’s dialogue was written specially for that performance.

To come-up with all the great dialogue between him and his puppet characters, he works with a writing partner. But, the puppets themselves take a very long time to develop which is why he’d rather use a small amount rather than a lot of different characters. Paul described his act “like a sitcom.”

Paul has a new character in the works. But his Sam character who was in his AGT finale performance, is one that he’s been working on for 20 years. His characters are not based off of any particular person, just parts of his real life he said. A lot of it comes from people watching,. His dad is losing his hearing and is turning into his old man character Albert.

Paul has big plans to spin-off from his AGT success and Las Vegas show. He said TV will be the next step. “I’ve got lots of TV ideas. An idea for a sitcom. Its another reality idea for me with the puppets. AGT gives you so much exposure. You really have to capitalize on it. This is by far the biggest opportunity that I’ve had so far. If you get it right, you’re limited by your imagination.”

His advice to future AGT contestants is to “go for it, don’t be afraid. It’s a huge opportunity and if you get it right. I’m so grateful to the American public and the judges. If you want to go all the way and thinking you can, just pace yourself. You want to get to the next round, so you have to pace yourself.”

He said “deciding on the best bit of material” to perform on the show is tough. “You also have to save some of your material so you don’t peek too soon. Some of the acts do. The most challenging was deciding what the right material would be for each heat, and being able to make an impact in such a short amount of time.”

AFTER THE WINNING MOMENT: 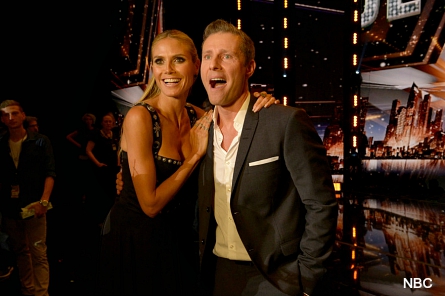 Paul said there wasn’t really any time to celebrate big during the night of his winning AGT due to an early next press morning. But will spread the celebration out over a few days.

He said he never at any point thought that he might win AGT. But he could see the positive feedback on social media. He still thought anyone could win it. Paul said it was torturous on stage standing there with Drew in those final minutes waiting for the winning name to b called. Then they went to a commercial break and there was a lot of nervous tension. “When they said my name, I was totally flabbergasted and shocked, and you feel bad for the person that didn’t win but happy that you won,” Paul explained. 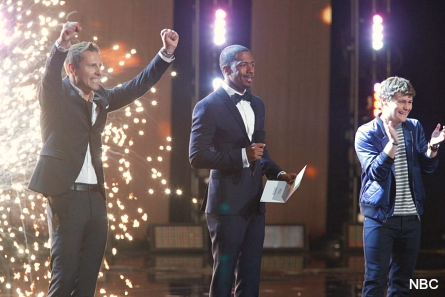 The fact that he just won AGT really sunk-in was the next morning. Paul said it was when he looked at his phone and it had blown-up with messages that included tweets, texts, and emails when he realized he WON!
Paul said, “Its the strangest feeling”