Blake vs. Ariana on THE VOICE Season 21 Sneak-Peek!

NBC’s “America’s Got Talent” season 16 lived up to it’s unpredictable season and continued to surprise us in the finale show on Wednesday night.  If you thought a singer was going to win it this season…well, think again.

The winner of AGT season 16 gets $1 million dollars and will headline in AGT’s first Las Vegas show at the Luxor.  It was also announced that the winner and runner-up will also be gifted a new car from Kia.

Heading into the Dolby Theatre with the rest of the fans that made-up the audience, many stopped for photos of the trademark judges’ ‘X’s” before finding their seats.

The best part about attending a live taping of “America’s Got Talent” is hearing the reactions of this show’s fellow fans.  If they like an act, they really express it by yelling the names of various acts.   If they disagree with a voting result, well, they express that too with boos!

The first performance of the night actually occurred before the live show started with Broadway superstar Idina Menzel who performed her song “Dream Girl” from the Cinderella movie.  This was pre-taped, most likely, due to a wardrobe change she had to do before returning back on the stage to sing the opening number, “Defying Gravity” with contestants, singer Jimmie Herrod and Northwell Health Nurse Choir. 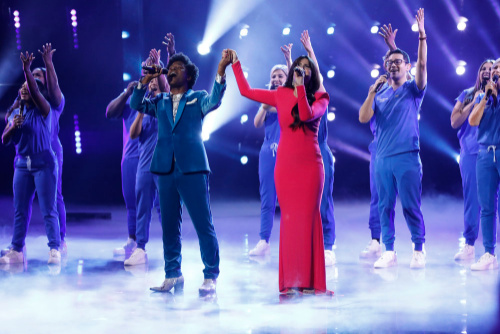 The next performance of the night was also pretaped.  Self-taught aerialist contestant Aidan Bryant performed with the World Taekwondo Demonstration Team and Olympians gymnasts Jordan Chiles and Mykayla Skinner.

Singer Brooke Simpson belted-out another stellar performance, this time with singer Bishop Briggs.  It was an incredible concert-like performance.

The next performance, which was NOT really a performance, may have been the result of time constraints of doing a live show.  Comedian contestant Gina Brillon was joined on stage by celebrity comedian and actor George Lopez.  She didn’t perform a stand-up comedy routine with Lopez.  She ended-up following a silly superstition (apparently no one knew about it) and cut Lopez’s hair with clippers.  And, yes, she really cut his hair! 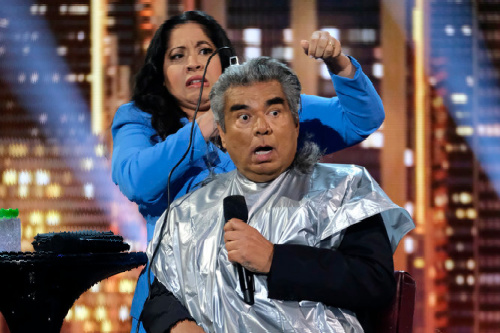 Fans will remember earlier this season during the auditions round when Simon Cowell pranked judge Sofia Vergara by pretending that she shot him with an arrow while participating in a danger act.  Well, Sofia finally got Simon back by having a sculpture artist create a bust of Simon that was not very flattering.  This was one of the best parts of the show.

On Wednesday’s finale show, viewers got to hear the full story of how host Terry Crews started playing the flute during his visit to a school to present donated instruments.

Next, former AGT contestant and the first magician to win AGT, Mat Franco returned to perform with Dustin Tavella.  Dustin told the judges to think of a “word or phrase,”  something they live by.  Star of “Modern Family,” Rico Rodriguez, who portrayed judge Sofia Vergara’s son on the show, joined in the act.  Sofia was legit surprised to see Rico appear from the audience.

The magician opened a huge box on stage full of teddy bears.  Out of the hundreds of teddy bears, Rico selected four of them and Sofia was asked to choose a couple of them.  One of the bears was given to judge Heidi Klum.  Dustin asked what word or phrase Howie chose.  He told them “Be Kind.”  When Heidi checked her bear’s tag, it read “Be Kind.”  Some of the audience also had bears under their chairs. 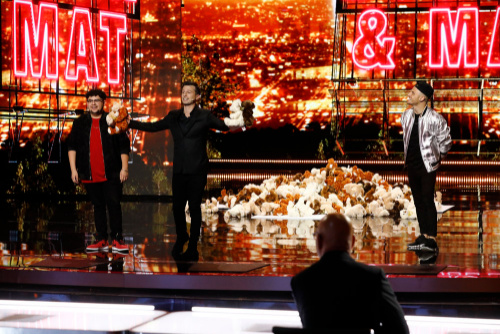 Mat told Dustin, “no matter the outcome, you showed America you have true star power.”  Mat is currently in a Las Vegas show titled, “Magic Reinvented” where he performs nightly.  He just signed-on for another five years.  Crews announced that the stuffed bears used in their act would be donated to “Toys for Tots.” 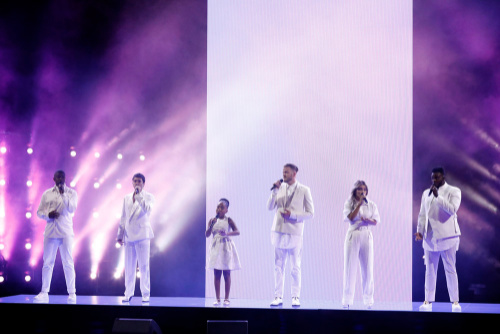 The top ten contestants were called out to the stage to hear the results.  Comedians Gina Brillon and Josh Blue were called up first.  The act to take the first spot in the Top 5 was Josh Blue.   Next, singer Jimmie Herrod and quick change artist Lea Kyle came forward to hear which one of them was in the Top 5.  It was Lea Kyle!

Aerialist Aidan Bryant and martial arts act World Taekwondo Demonstration Team went head-to-head.  As they stood up there together, it was evident that World Taekowndo was the favorite among audience members who cheered them on.  However, it was Aidan Bryant who moved-on to the Top 5.

Sofia stated “if they’re here it’s because they are the best of this competition and because America voted for them!”  She said “we have to be happy for them because they all made it so far!” 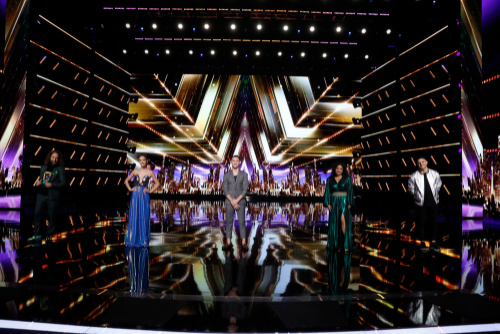 There were only five acts left.  The first act announced to take fifth place was Lea Kyle.  The top four were – Brooke Simpson, Aidan Bryant, Dustin Tavella, and Josh Blue. After the break, it was revealed that Brooke Simpson was in fourth place.   A dream come true and “I hope I was able to show all the indigenous youth out there that nothing is impossible.” Simon Cowell reacted to this result with “I think you’re an amazing singer and an amazing person.”  He told her that her Finale performance was “just sensational” and hopes she gets to tour and make records.

The Top 3 acts were Aidan Bryant, Dustin Tavella, and Josh Blue. Before a name was called, the audience in the Dolby Theatre auditorium chanted “Josh….Josh..!”  Crews revealed that the act who came in third place was Josh Blue.  The audience didn’t hold-back on how they felt by this by booing to this voting result.  Josh said “this is for everyone who is a little different out there.”  The crowd chanted Josh’s name again.

Howie reacted to this result with “I love you.  I’m a huge fan of yours.”  Howie predicted that Josh will make millions of dollars in a comedy show.  Heidi thanked Josh for making her laugh along with everyone at home.   Upon leaving, Josh joked that he’s been “hanging out with the quick change lady” and he can now put his shoes on in less than ten minutes!

Crews announced that the voting results were the “closest in AGT history.”  Only two acts were left – Aidan Bryant and Dustin Tavella.  The WINNER of season 16 is magician DUSTIN TAVELLA!    Dustin reacted “thank you guys so much.  This is absolutely amazing.” He thanked everyone who voted for him and his family. 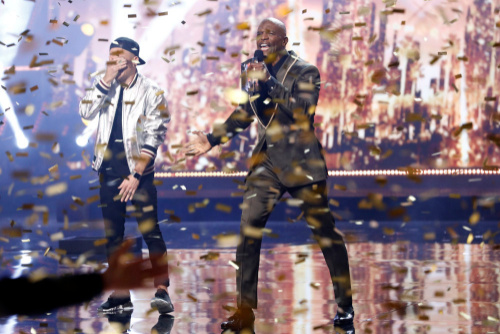 AGT auditions for next season are open now. 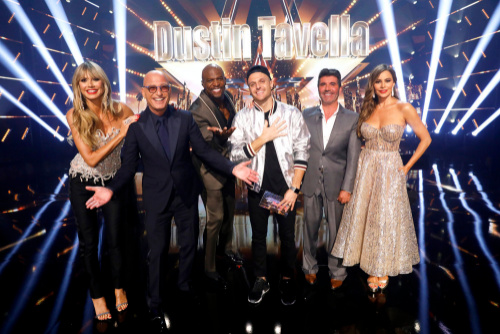